The global telecom ecosystem is heavily dependent on internationally acceptable and interoperable standards. However, in recent years, technology development is increasingly being driven by open initiatives. World over, several large organizations in the Telecom sector, are beginning to experiment with and deploy open source based solutions, as inter-alia, it is expected to provide higher flexibility in deployment and adding new features as well as in keeping the cost lower. The community, while developing the components, is engaged in identifying and resolving issues related to integration of open source components with standards based components of the network/solution for management and delivery of desired services.
Against this backdrop, it is important to understand how standards development activities can adapt to and integrate the rapidly growing open “community” driven technologies and vice-versa.
Starting with overview of TSDSI, this session will have a discussion among expert panelists on opportunities and challenges for SDOS, Industry and Consumers in assimilating open source based technologies. 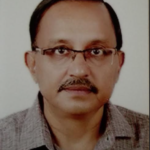 Shri A.K. Mittal obtained his Graduate degree in Electronics and Communications Engineering from Indian Institute of Technology, Roorkee in 1976. He also holds a Diploma in Management. He has spent over 44 years in the field of Telecommunications, starting with R&D at Indian Telephone Industries and thereafter with Department of Telecom (DoT), Government of India. He has worked in variety of domains like Satellite Communications, OFC, Mobile Networks, Switching Systems, Transmission Systems, Network Management, Licensing, Regulation, Standards, Testing and Certification etc. He was head of Telecom Engineering Centre (TEC), the technology arm of Department of Telecommunications. He has been a Director on the board of Tata Communications. He is also convener of BIS panel on ICT enabled buildings. He has represented Government of India in various bilateral and multilateral international meetings.
Mr. Mittal is currently associated with TSDSI as Advisor with special focus on standardization in wireless and wireline systems and handles TSDSI’s standards related activities in 3GPP and ITU-R. 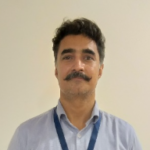 Satish has 20 years of industry experience in the telecom domain. And is currently working as Vice President and Head of Standards in Reliance JIO. He is also serving as the Vice Chairman of TSDSI, and Chair of the Networks Study Group at TSDSI; Co-Chair of the Asia Regional Operators Group; Small Cell Forum (SCF), Previously on the board of the International Multimedia Teleconferencing Consortium (IMTC). He has been granted over 120 patents in the wireless domain. 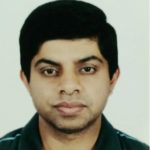 Nagendra Bykampadi is the Director for Product Management and Standards (Security) at Altiostar. He has over 24 years of experience in the wireless industry. In his current role he is the product manager for Altiostar’s product security portfolio. He is actively engaged with operators on all matters related to O-RAN security. He has also been involved in 3GPP SA3 security standardization from 2014 and is also an active contributor to O-RAN Security Task Group (STG) standardization activities. 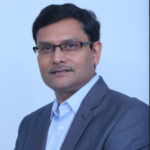 Dr. Aloknath De is Senior Vice President and Chief Technology Officer of Samsung R&D Institute India (SRI-B). Dr. De has over thirty years of industrial and research experiences including BEL, Nortel (Montreal), Hughes and with ST-Ericsson where he was R&D Director and Country Manager. During 2005-11, he has served as Visiting/Adjunct Professorship with IIT-Roorkee and IIT-Delhi. He holds B.Tech. from IIT, Kharagpur; M.E. from IISc, Bangalore; and Ph.D. from McGill University, Montreal. He is a recipient of ‘Alexander Graham Bell Prize’ in Canada. He has received ‘IETE Memorial Awards’ for distinguished contributions in Electronics and Communications. He also received IDC Insights Award for Innovation in Telecom, Zinnov ‘Intrapreneurship of the Year’ award. His leadership make Samsung win ‘National IP Award’, ‘Open Innovator Award’, ‘Assocham Emerging Tech Leader’ award and other accolades. He is a Senior Member of IEEE and a Fellow of IE, IETE and Indian National Academy of Engg (INAE). He has been considered as one of ‘Most Influential CIO/CTOs of India’. He promotes science and technology linkage and is actively involved in building innovative products. 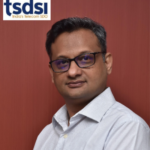 At Airtel, Manish is responsible for bringing disruptive technologies and products to Airtel’s networks. He is driving initiatives around open network and standardization ecosystem. In his previous roles at Jio, Tejas Networks and Synopsys, he lead product engineering, business development, sales and supply chain operations in various capacities. He co-founded Elina Networks, a promising start up with visionary products to address enterprise and branch office network infrastructure, connectivity and management needs. Manish has thorough understanding of Indian technology market, policies and their impact on businesses. 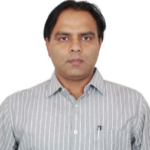 Mr. Prakash R holds the designation of “Technical Expert” in Centre for Development of Telematics (C-DOT). He is currently Vice Chair of the Networks Study Group at TSDSI. He has been working as a researcher in the telecom industry for the past 27 years. His current interests include Software-intensive Telecom Systems, Wireless Networks (4G/ 5G/6G), Data Networks, Cloud Computing, Software Defined Networks, Green Telecom. Mr. Prakash completed his B.Tech at R.V.College of Engineering, Bangalore in 1993. He has been working in C-DOT since 1994 in various roles as a Research Engineer, Team Leader, Senior Program Manager, Business Unit Head/Division manager and is currently holding an Executive position. He has worked on various aspects of telecommunications including Digital Switching Systems, Voice-over-IP, Internet Telephony, Fault-tolerant Systems, Software-intensive Telecom systems, Organizational Processes (CMMI), Intellectual Property Rights (IPR), Organizational Change Management and creating Marketing department in C-DOT. He is currently the coordinator for the following programs: 4G/LTE Radio Access Network, 5G and ERP Implementation at C-DOT. He is also responsible for C-DOT Academic Research Engagement (CARE) Program and other R&D collaborations. He is a member of the technology roadmap and strategic planning group in C-DOT. He is an IEEE Senior Member, IETE Fellow and ACM Member.