The world’s cities are relentlessly growing. It is predicted that by 2050, 64% of the developing world and 86% of the developed world will be urbanized. This places an enormous strain on the fabric of cities. Urban infrastructure including utilities, transport, environmental services and housing are often overtaxed and under-maintained. Social services, healthcare and education become difficult to sustain. These are real concerns that affect every city. These issues can no longer be addressed using the traditional methodology of throwing more money at the problem or opening a new department in the municipality to deal with the challenge. A new, more intelligent method of urban management must be adopted.

A Smart City encompasses an urban development vision that emphasizes the intelligent management of a city’s resources for the purpose of solving urban challenges. Information and communication technology (ICT) is a powerful tool, which can empower people through propagation of information and citizen engagement. ICT in the Smart City is used to enhance quality, performance and interactivity of urban services, to reduce costs and resource consumption, and to improve contact between citizens and city stakeholders. ICT is the lifeline of a Smart City. Without it, the Smart City idea cannot exist. Consequently, ICT infrastructure design for Smart Cities must itself be smart. It is important to add intelligence to this network, and to provide scalability, robustness and flexibility.

This panel is themed on ICTs and their applications in the Smart Cities, with a particular focus to issues in realising such technologies in India. The issues to be discussed can include, but not limited to: 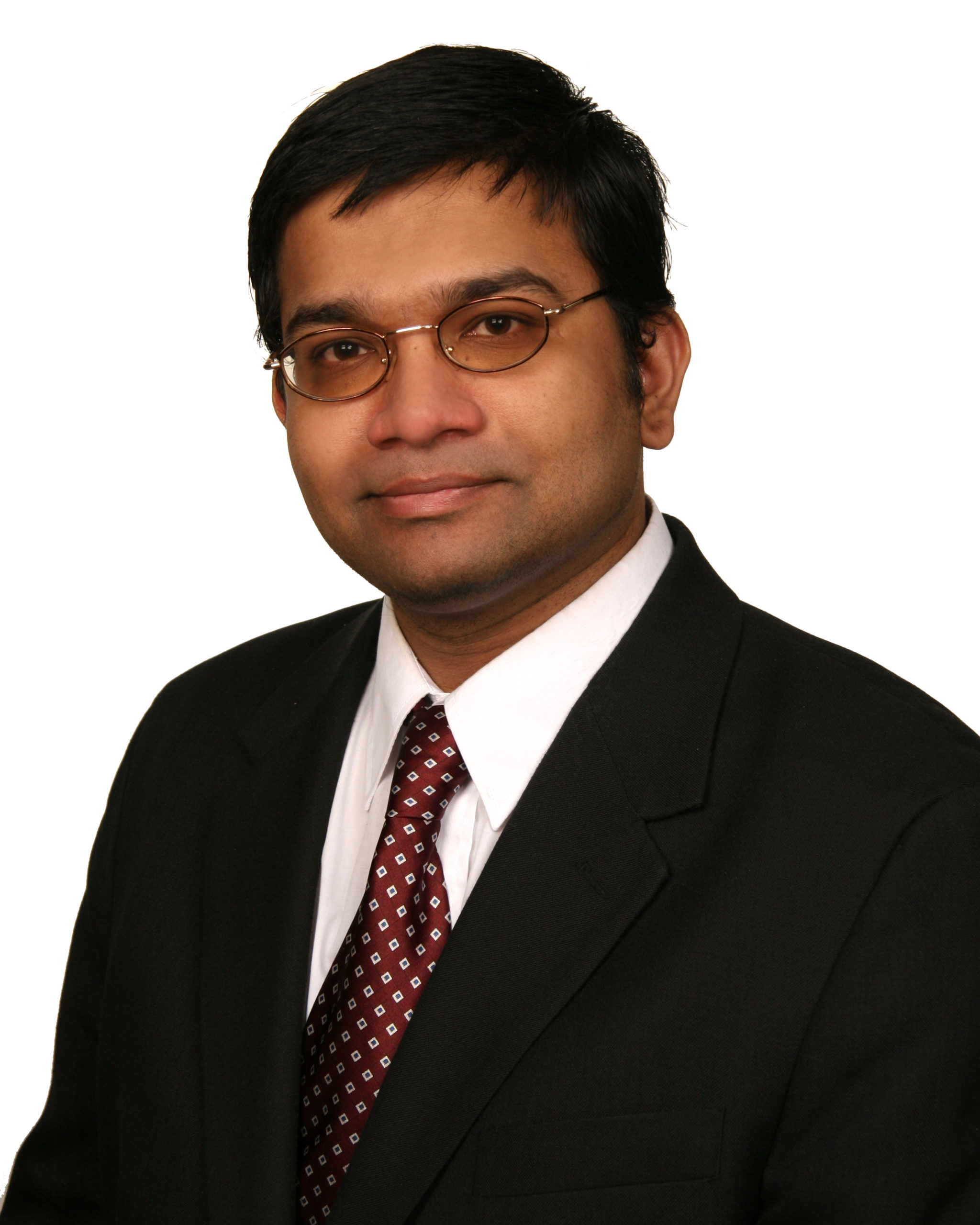 Dr. Sudip Misra is a Professor and Abdul Kalam Technology Innovation National Fellow in the Department of Computer Science and Engineering at the Indian Institute of Technology Kharagpur. He received his Ph.D. degree in Computer Science from Carleton University, in Ottawa, Canada. His current research interests include Wireless Sensor Networks and Internet of Things. Professor Misra has published over 350 scholarly research papers and 12 books. He has won nine research paper awards in different conferences. He was awarded the IEEE ComSoc Asia Pacific Outstanding Young Researcher Award at IEEE GLOBECOM 2012, California, USA.

His team received the GYTI Award 2018 in the hands of the President of India for socially relevant innovations. Dr. Misra has been serving as the Associate Editor of different journals such as the IEEE Transactions on Mobile Computing, IEEE Transactions on Vehicular Technology, IEEE Transactions on Sustainable Computing, IEEE Network, and IEEE Systems Journal. He is the Fellow of the National Academy of Sciences (NASI), India, Indian National Academy of Engineering (INAE), the Institution of Engineering and Technology (IET), UK, British Computer Society (BCS), UK, Royal Society of Public Health (RSPH), UK, and the Institution of Electronics and Telecommunications Engineering (IETE), India. Professor Misra is the distinguished lecturer of the IEEE Communications Society. He is the Director and Co-Founder of the IoT startup, SensorDrops Networks Private Limited (http://www.sensordropsnetworks.com).

Further details about him are available at http://cse.iitkgp.ac.in/~smisra/ 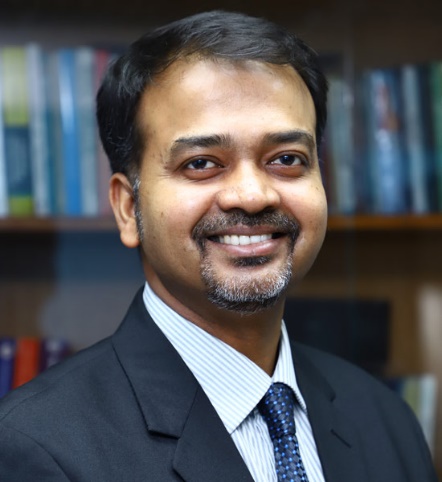 Prof. P. Vigneswara Ilavarasan (PhD – IIT Kanpur) is a Professor of information systems at the Dept. of Management Studies, Indian Institute of Technology Delhi. He researches and teaches about interaction of information and communication technologies (ICTs), society & business.
Dr. Ilavarasan has been a Visiting Research Fellow at United Nations University – School of Computing and Society (Macau) and School of Management, Curtin University (Perth). He is a recipient of the Outstanding Young Faculty Fellowship Award at IIT Delhi and Prof. M.N. Srinivas Memorial Prize of the Indian Sociological Society. He is also a Senior Research Fellow at LIRNEasia, a leading regional ICT policy and regulation think tank. He has received large research grants from Dept of Science & Technology (Govt of India), ICSSR (India), IDRC (Canada), Oxford Analytica (UK), IPTS (European Commission), CIPPEC (Argentina) and IdeaCorp (Philippines). His research has appeared in all the leading international journals and conferences of repute.
Dr Ilavarasan had taught at Pondicherry Central University and Indian Institute of Management Rohtak, Indore and Amritsar. His present teaching interests include: Social media & business practices; Management information systems; Business / Market Research Methods; and ICTs, Development & Business. His specific research interests are Information and Communication Technologies & Development (ICTD); and Social Media and business practices. 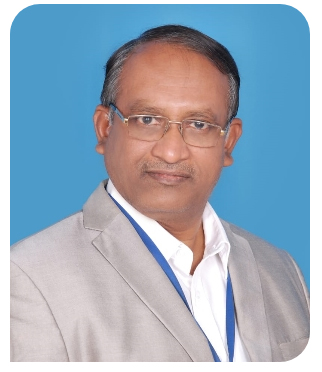 An Aeronautical Engineer Electronics from Indian Airforce, Flight Lieutenant AT Kishore is an Eminent Speaker as part of Engineers Day Celebrations, Keynote speaker at International Conference on Session Initiation Protocol, PARIS Consecutively during 2007 & 2008. He has 32 years of long professional experience in diverse fields including Aerospace Defense and Telecom, brings with him disciplines such as Indian Airforce Technical Officer Profile, leadership roles played in world’s leaders in OEMs of superior research caliber.
Flt.Lt.AT Kishore is currently CEO of Vidhya Sangha Technologies, a start up company that is judged by Indian Achievers Forum as winner of Platinum award for emerging Startup company in Tech Space. Currently Sri AT Kishore is lead for WorkGroup 02 –UAV Manufacturing, WorkGroup 04 –UAV Traffic Management of Bureau of Indian Standards TED 14.1
A.T .Kishore has domain knowledge of Wireless Evolutions of past five decades and future roadmap of 5G and beyond with his up-to-date insights from his direct involvement in all IEEE events of ComSoc, IEEE PES, IEEE CIS, IEEE RAS, IEEE edu societies. He has been executive committee member of several societies and initiatives such as Smart India Hackathon by NiTiAayog as it’s mentor since 2017, and Atal Innovation Mission as a mentor of Change.
He himself is an active entrepreneur, and also helps other start ups to be nurtured and helps the ecosystem evolve by playing roles of accelerator in rendering production quality license keys and operations systems for IoT, 5G, UAV, AUV.
He has received long service award from Bell Labs Innovations, Lucent Technologies. He is senior member of IEEE since April 2016.
His Technological leadership profile includes IAF aeronautical engineering, Telecommunication products deployment, customer technical support and now leading BIS in Standards work. He is also part of PAR IEEE 1931.1 R.O.O.F 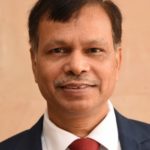 Prof. M. P. Gupta is currently serving as Professor, Department of Management Studies, at IIT Delhi.He has been spending significant amount of resources in developing cases, tools and frameworks to promote e-governance research.
He has been closely following ‘Digital India’ and ‘Smart City’ programs of the Government of India (GoI), where his studies have suitably fed into these programs. He is involved in several policy making committees on ICT in India; also on jury of prestigious awards committees viz. Digital India Awards, National Awards on e-gov, Data Security Council of India (DSCI), and Computer Society of India (CSI) Egov Awards. He is a recipient of the prestigious Humanities & Social Sciences (HSS) fellowship of Shastri Indo Canadian Institute, Calgary (Canada). 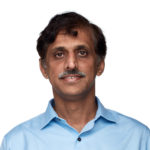 Vadi leads the UCS Analytics and BigData solutions in India for Cisco UCS Solutions group. He has 25+ years of experience in developing and architecting Enterprise solutions. Vadiís expertise include Enterprise Database design , Enterprise application design and performance engineering. His team has been designing and developing best practices various enterprise applications solutions on UCS . His team also publishes industry standard benchmark numbers like TPC and SPEC on the UCS platform. Prior to joining Cisco, Vadi was a Technical Director at SAP, working on Database products like ASE and IQ in the area of performance engineering. He holds 6 US patents to his credit in the area of Database design. He holds Masterís degree from IIT, Mumbai in Computer Science and Engineering. 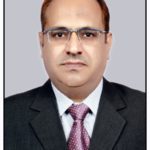 Prof Vijay Janyani is a professor and presently Head of the Department of Electronics and Communication Engineering Department at Malaviya National Institute of Technology, Jaipur. He has over twenty-five years of teaching and research experience in the field of Photonics, Optical Fiber Communication, Terabit Optical Networks and Solar Photovoltaics. He received his PhD degree from University of Nottingham, UK under Commonwealth Scholarship and Fellowship Plan.
He has received various awards such as the Derrick Kirk Prize of UoN, UK for excellence in research, Career Award for Young Teachers of AICTE, New Delhi, and completed many international and national funded projects. He has over 120 research papers to his credit in various international journals and conferences. He has already guided ten PhDs and seven are underway.
He has been a Host Scientist for Visiting Fellows under the CV Raman International Fellowship and RTF DCS Fellowship Scheme for Scientists. He has been a visiting faculty to AIT Bangkok under FS Program of GoI on deputation. He has travelled extensively on academic, research and invited talk assignments to countries such as USA, UK, France, Canada, Japan, Belgium, Denmark, Poland, Czech Republic, Ukraine, Egypt, Tunisia, Hong Kong, China, Singapore, Thailand etc. He is a fellow of IEI, IETE, OSI, and a senior member of IEEE, OSA and SPIE.