Scope: Quantum theory has led to one of the most significant scientific breakthroughs of the 20th century. The interaction of light and matter have contributed towards development of su-perconductors used in MRI machines, flash memory of mobile phones and LED’s. In future, a new generation of quantum technologies will drive the development of disruptive devices, services and systems which will primarily impact imaging and computing of intractable problems, as well as enhance network security.

Quantum computers use quantum bits (qubits) which can enhance parallel processing more effectively than a conventional digital computer. This offers a new and powerful method to solve problems or tackle large-scale challenges that conventional computers struggle with. Quantum Key Distribution (QKD) is a promising technology that can enable secure key exchange in core and metro optical networks. QKD has been presented in the literature as a future-proof solution to guarantee secured key distribution since it relies on the fundamental principles of quantum mechanics, i.e., quantum no-cloning theorem and Heisenberg’s uncertainty principle. These principles ensure that any third party trying to gain knowledge of the secret keys will be easily detected.

The International Workshop on Quantum Computing and Communications is a half-day workshop that will take place during IEEE ANTS 2020 in Delhi, on December 15, 2020. The work-shop aims to bring researchers/experts around the world together to explore and discuss the state-of-the-art research in the areas mentioned below. Topics of interest include, but not limited to: 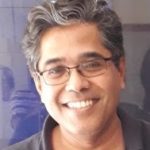 Prof. Anil Prabhakar received his PhD in 1997 from Carnegie Mellon University, with a dissertation on the Nonlinear Spin-wave Optical Interactions. He has been with the faculty at the Dept. of Electrical Engineering, IIT-Madras since 2002, and is engaged across multiple laboratories that work on quantum optics, lasers and opto-fluidics. He is also a member of the Scientific Management Board for LIGO-India, to detect gravity waves, and the India-based Neutrino Observatory, and currently serves on the Editorial Boards for Scientific Reports(Nature) and the IEEE Transactions on Magnetics.
Prof. Prabhakar’s current research interests are in the areas of quantum technologies, with applications in sensing, communication and computing. As a Founder of QuNu Labs, incubated by IIT Madras, he focused on quantum key distribution (QKD). At an earlier startup, Unilumen Photonics, he focused on building fibre lasers for healthcare. He is currently the Director of Yali Mobility and Enability Foundation, companies that focus on rehabilitation engineering. He has over 50 research publications, and 13 patents on a wide range of devices in areas of photonics, magnonics and assistive devices. 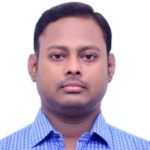 Dr. Santu Sardar received his B.E. degree from Bengal Engineering and Science University, Shibpur, West Bengal, in 2008, M.Tech. degree from IIT Guwahati, Guwahati, India in 2010 and did his Ph.D. from IIT Hyderabad, Telangana, India. He joined the Advanced Numerical Research and Analysis Group (ANURAG), Defence Research and Development Organization (DRDO), Ministry of Defence, Hyderabad, India, as a Scientist. Currently he is serving as Director of DRDO Young Scientists’ Laboratory for Quantum Technologies (DYSL-QT), a newly formed DRDO laboratory established with the mandate to forward research and development of quantum technologies in India. Dr. Sardar was a recipient of the Technology Group Award from ANURAG, DRDO, in 2012, the Research Excellence Award from IIT Hyderabad in 2018 and Appreciation in Research Award from IIT Hyderabad in 2019. He was a Visvesvaraya Fellow during his PhD. He has published eight international journals and seventeen conferences. 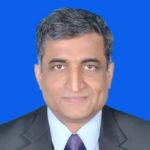 Dr. Dilip Krishnaswamy received a PhD in electrical engineering from the University of Illinois at Urbana-Champaign. He is an inventor on 60+ granted US patents, and has co-authored 70+ research publications with 3 best paper awards. He has worked at Intel, Qualcomm Research, and IBM Research, and currently serves as a VP for R&D related to emerging technologies at Jio Platforms.

Title: What is the Quantum Internet and how do we get there? 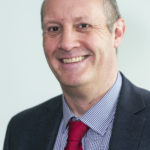 Andrew joined BT in 1985 after a BA in Physics from Oxford University. He has worked on a wide range of optical network systems and technologies, including long haul subsea and terrestrial DWDM networks. He currently heads BT’s optical core and access research including quantum communications. He has published over 100 research papers. He was General Chair for the Optical Fiber Communications Conference (OFC) 2017 in Los Angeles. He is Visiting Professor at Essex University, a Senior Member of the IEEE and Chartered Engineer and is Associate Editor of the Journal of Lightwave Technology. He won the prestigious BT Martlesham Medal in 2018. He is currently project manager for the EU Metro-Haul Project and the UK-funded AIRQKD projects 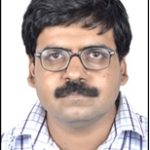 Prof. Anirban Pathak is a theoretical physicist. He did his Ph.D. from Visva Bharati, Santiniketan, India. Subsequently, he was a post-doctoral fellow in the Freie University, Berlin. He joined JIIT, Noida in 2002. At present he is actively involved in teaching and research related to several aspects of quantum optics and quantum information with a focus on quantum cryptography. He is a fellow of The National Academy of Sciences, India (NASI) and Institute of Electronics and Telecommunication Engineering (IETE). He is also a member of Editorial Board of Quantum Information Processing, Springer-Nature. He is a recipient of 2017 Shri O. P. Bhasin Award in the field of Electronics and Information Technology. He is also actively involved in different quantum information related national initiatives.